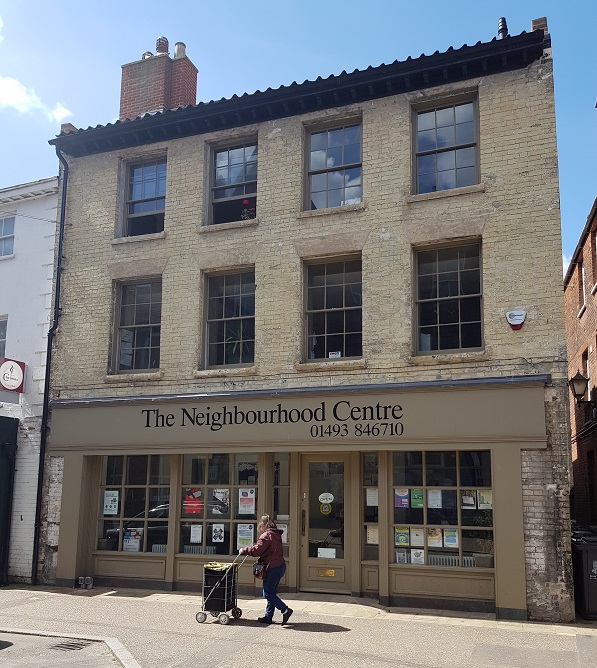 Great Yarmouth is one of England’s most well-known seaside resorts, having developed as a popular leisure destination in the Victorian and Edwardian era. For many centuries previously, the town was an important trading and fishing port, with a thriving herring industry. Away from the seafront, the historic core of the town is focussed on the east bank of the River Yare. Here, the medieval town walls and street plan are largely intact. King Street was one of the principal streets of the medieval town, connected to the quayside by a series of narrow passageways known as the Rows.

By 2010, King Street was within one of the most deprived wards in the east of England region. 70% of the shops in the southern part of the street were closed and boarded up and many upper floors were vacant and neglected. From 2014, Great Yarmouth Preservation Trust began to target King Street, actively acquiring historic buildings at risk, carrying out repairs and creating viable new uses for redundant properties. The Trust, established in 1979, already had a strong track record of delivering projects in the town, assisted by a strong relationship with the local authority, which provided loans to the Trust and worked in partnership to deliver initiatives including a Townscape Heritage scheme. Where this has been necessary to address neglect and long term problem sites, the local authority has also supported the area’s regeneration through proactive use of compulsory purchase powers.

The Trust has brought a number of buildings on King Street back into a range of uses, including 9 high quality housing units, which has helped in forming a local resident community. Empty shops have, in turn, reopened as cafés, hairdressers and convenience stores, which has created a vibrant and lively area. This active coordination and awareness of the area’s local economy is a further element of Great Yarmouth Preservation Trust’s role, alongside skills and experience in historic building management and development.

In 2019, the Architectural Heritage Fund awarded Great Yarmouth Preservation Trust revenue funding of £147,653 over three years to scale up its operation, following its successful bid to become a pilot Heritage Development Trust. At the same time, the Trust was awarded a £350,000 capital grant towards its project at 160 King Street. A £28,000 Heritage Impact Fund loan provided working capital for the project.

In 2020, Historic England designated King Street and Market Place as a High Street Heritage Action Zone, presenting an opportunity for the Trust to build on its success.

Situated between two of the town’s remaining historic rows, Herring’s Row and Old Hanna’s Row, 160 King Street is the only surviving example of a 17th century jettied timber-framed building in the town. It had been vacant and neglected for nearly ten years when the Trust acquired it in 2019 following a Repairs Notice and CPO by the Borough Council. Full repair and conservation was completed in summer 2021 with a commercial lettable space created on the ground floor and a two bedroom residential unit on the first and second floors. The ground floor will be occupied by a Jamaican restaurant, and a social enterprise will also be run from the site focused on food skills. 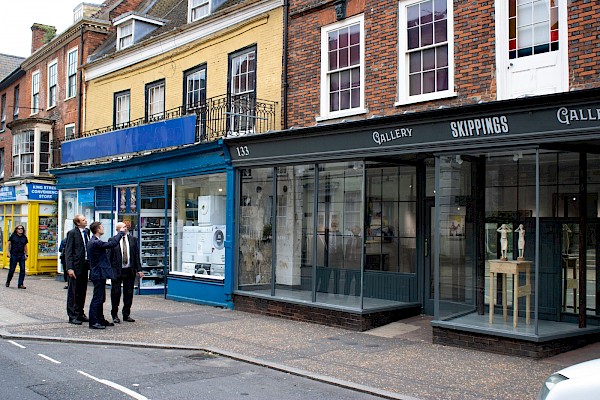