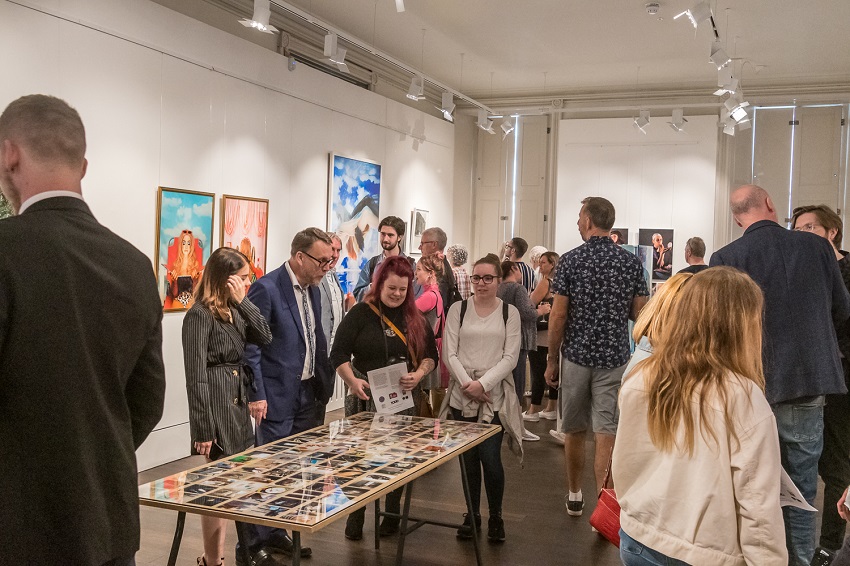 The Architectural Heritage Fund (AHF) is pleased to announce seven new grants to projects across the UK. These awards were approved at the latest grants meeting, where funding offers totalled £69,252. The projects, which range from a historic ropeworks to a former residence of the Captain Superintendent of the Royal Navy, are listed below.

Built in 1826, Redruth Wesleyan Church is one of the most prominent buildings in Redruth. In 2015, when the congregation could no longer afford the cost of heating and lighting the large Grade II-listed building, the Church was closed. Prior to its closure, the Church was regularly used for community concerts and performances by local groups and schools. Cornwall Centre for Culture and the Arts CIC now wish to develop the building as a performing arts space, opening it for workshops and as a space for community groups to perform, including local choirs and brass bands. The AHF grant will fund a condition survey of the building and help the group to develop both a business plan and a fundraising plan.

This grant was made possible with support from the Department for Digital, Culture, Media and Sport.

Situated just off the main road to the Isle of Skye and at the entrance to Balmacara Square, Balmacara Old Hall is a former 19th-century stone mill and hay barn. The two-storey, Category B-listed building was gifted to local people in 1947 by Lady Hamilton and was in use as a community hall until its closure in 2010. Balmacara Community Trust plan to restore the building as a ‘maker space’ to be let to creatives as a studio and exhibition room in the summer. Out of season, the building will also be used as a community facility for events, meetings, and classes. The AHF grant will help to take the project further by contributing to the cost of professional fees.

Since its opening in 1874, Dunoon Burgh Hall has served as a public hall, municipal offices and the first theatre in Argyll. With previous grant and loan support from the AHF, Dunoon Burgh Hall Trust have transformed the building into a thriving community hub, providing space for live performances, weddings, parties, exhibitions, and workshops. The new AHF grant will help support repointing and repairs to enable the building to continue serving the community into the future.

The Old Ropey in Montrose dates back to 1789. A former ropeworks, the C-listed building has been occupied by GEMS Men’s Shed for six years – it provides recreational and workshop facilities to promote and encourage social interaction, reduce isolation, and support physical and mental health. GEMS Men’s Shed have already created three workshops fitted out with tools, machinery, and a social room, and are also in the process of creating a kitchen area. Now, they wish to purchase the building, allowing them to continue repairing and maintaining it. Further plans include creating lettable spaces for other community groups to use and making the building more accessible by providing lift access to the first floor and building additional toilets. The AHF grant will fund an assessment of the condition of the building prior to making an offer to purchase.

No. 9 High Street is a 19th-century terraced house. While the properties around it were demolished in a redevelopment programme in the 1960s, No. 9 was left untouched. Having been left in a ruinous state for over thirty years, an opportunity has arisen for The Whithorn Trust to renovate the building as part of an in-work training project for young people with barriers to employment. Using traditional conservation methods, including lime plaster, slated roof, sash and case windows, and innovative insulating techniques, No. 9 High Street will either be transformed into affordable housing for the community or housing for the technical tutors of the Whithorn ReBuild conservation training programme. The AHF grant will support the initial planning application, as well as help The Whithorn Trust to develop a construction, conservation, energy, and procurement strategy.

These grants were made possible with support from Historic Environment Scotland and the William Grant Foundation.

Built in 1832, the former Commodore Hotel was originally a residence of the Captain Superintendent of the Royal Navy, and later served as accommodation for the Royal Air Force. Most recently, the building operated as a hotel, but this closed in 2002, and the Grade II*-listed building has been vacant ever since. The Commodore Trust wish to transform the building into a start-up centre for small and medium enterprises operating in the marine energy sector, complementing the wider regeneration of the former Royal Naval dockyards as a Marine Energy Engineering Centre of Excellence – a world-class marine energy and engineering hub that is expected to create 1,600 highly skilled and well-paid jobs. The AHF grant will help fund a valuation to inform the acquisition of the property. It will also provide consultancy support for a fundraising strategy and the preparation of briefs for future professional support.

Capel Engedi is a large Calvinistic Methodist Chapel built in 1876. Grade II-listed, the chapel closed as a place of worship in 1999 and has remained vacant ever since. Cwmni Engedi 2.0 Cyf plan to transform Engedi into a mixed-use community and wellbeing hub, including: a makerspace with an emphasis on sustainable technologies; a multimedia lab focusing on visual arts, virtual reality, and motion capture; and a recording studio with a focus on youth engagement. The AHF grant will help the group to commission professionals to determine repair costs, outline potential income generation, and support communication activities to engage with the public and raise the project’s profile.

These grants were made possible with support from Cadw, the Pilgrim Trust and the Garfield Weston Foundation.