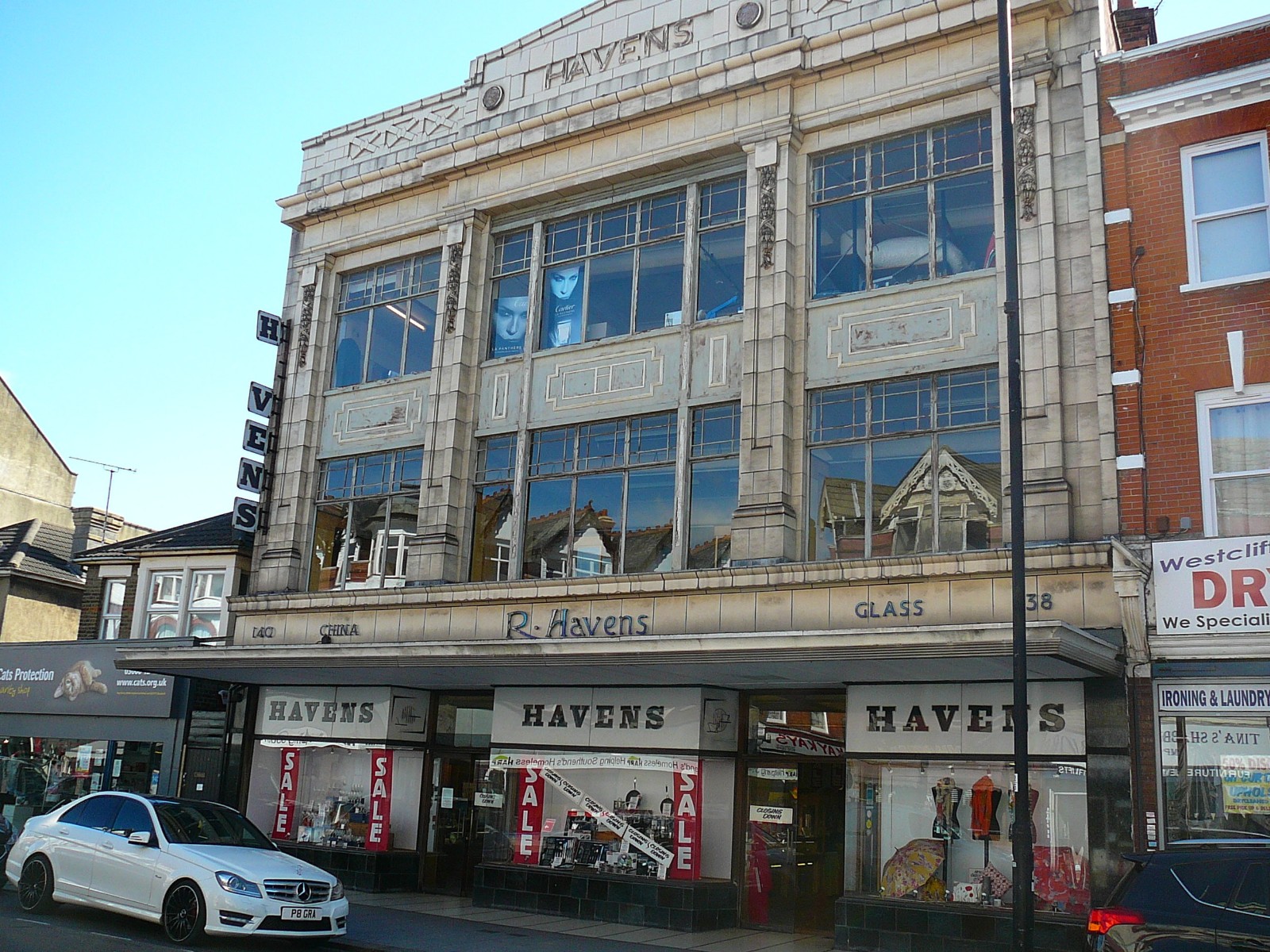 Hamlet Court Road, in the Southend suburb of Westcliff-on-Sea, was once known as the “Bond Street of Essex”. The Art Deco Havens department store is a glorious reminder of the street’s heyday. Built by the family company in 1935 and in the same ownership ever since, it has retained many of its original features, including its original Burmantoft’s Faience cladding. Its 1970s display windows, backlit signage and canopy also have considerable rarity value and contribute to its Grade II listed status. Sadly, Havens has now decided to close its retail business and the store will close in January, bringing an end to 116 years of trading on this site – an unfortunately all too familiar story on some of Britain’s changing high streets. However, an imaginative proposal by Age Concern Southend-on-Sea (ACSOS) promises to find a new role for this key high street building, that will meet the needs of the local community into the future.

ACSOS  is seeking to convert Havens into a hub for older people and their families. Based on a model that has been adopted successfully in other locations in England, the centre would offer the charity’s own services as well as letting space for other not-for-profits, particularly those providing healthcare and other relevant support. Ideas for the ground floor include housing a café and other businesses.  Clubs, courses and leisure activities could also be based in the building. Havens wishes to continue to operate from the top-floor, running its online business. A £4,980 AHF grant will enable Age Concern to produce a project viability report to test these proposals and contribute towards a fundraising specialist to research capital funding opportunities and develop a case for support.

AHF support for projects like these would not be possible without the continued support of Historic England.

The Architectural Heritage Fund made 7 new grant offers to projects in England in November 2017 amounting to £32,480 for community-led efforts to save historic buildings.